Christ is also the head of the church, which is His body. He is the beginning, supreme over all who rise from the dead. So He is first in everything.
2 Colossians 1:18 (NLT) 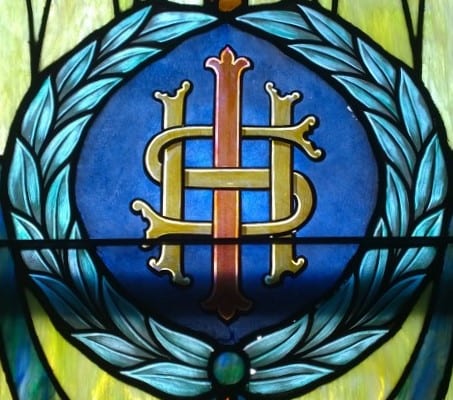 Our Pastor
Pastor Malcolm Fowler joined us officially as pastor September 18, 2016. He grew up on coastal North Shore of A, where he also attended school. Being called to pastoral ministry in high school, he earned his BA in Biblical and Theological Studies and History from Gordon College (2001) and his Masters of Divinity from Gordon Conwell Theological Seminary (2009). Working his way through seminary, he spent 15 years in the moving industry. Seeking a clear call from God to minister to and love His people in a place, God has led Pastor Malcolm here and has equally led Calvary Baptist Church to Pastor Malcolm and his family.
Ministry Board
Responsible for the spiritual leadership of the church; sets the vision, goals, and priorities of Calvary Baptist Church, and insures their implementation.
Discipleship and Education Team
Dedicated to growing and maturing the faith of all ages at Calvary Baptist Church. Develops vision and goals for all of the education and training programs of the church and insures that they are in line with the vision and goals of the church and bringing all into a deeper walk with Jesus Christ.
– click here for more info
Fellowship and Caring Team
Serves the church by providing an ongoing ministry of support to the church family and the community and the visions and goals of the church.
Outreach Team

We strive to share the love of Christ locally by meeting people where they are and providing for material, physical, and spiritual needs. We aim to ensure that the message of the Gospel reaches the world by financially supporting overseas ministries and missions.

Stewardship and Finance
Responsible for the wise use of church resources for ministry.
Worship Team
Our worship team is a GOD loving group working together with the Pastor to provide a GOD glorifying worship.  Our group puts together the behind the scenes activities, such as lining up music for each service, preparing and serving communion, decorating the church with flowers, preparing bulletins and planning special services such as Thanksgiving, Christmas and Easter.  We all feel strongly that worship is a wonderful and glorious time to  share our love for the Lord together!
Property Team
Serves Calvary Baptist Church by providing for the upkeep of the spaces in which we do ministry.